OrthSoc Celebrates the Week of Prayer for Christian Unity

To mark the Week of Prayer for Christian Unity (18-25 January 2015), the Oxford Orthodox Christian Student Society organises several events. We invite students of all Christian denominations to get together and pray for peace, understanding and unity, and to reflect on the future of Christianity in the modern world. 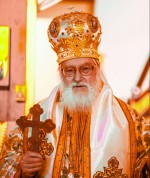 First, OrthSoc invites you to pray at the Orthodox Vespers in the Jesus College Chapel on Monday, 19 January at 5.45pm. For the first time in years, the Orthodox Christian service will be celebrated in an Oxford college chapel. The celebrant and preacher will be metropolitan Kallistos (Ware) of Diokleia. Come to experience and learn more about the Orthodox Christian service as one of the best-known contemporary Orthodox theologians, metropolitan Kallistos, guides you through the texts and prayers. The service is followed by a drinks reception. 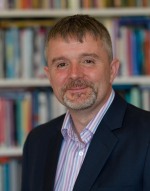 On the next day, 20 January at 6.30pm, OrthSoc is privileged to host the Dean of Christ Church, the Revd Canon Professor Martyn Percy with a talk entitled “Soil, Society and Salvation – Some Challenges for the Contemporary Church” in the Oxford University’s oldest building – The Old Library at the University Church of St Mary the Virgin (entrance via Radcliffe Square). The talk is followed by a wine reception.

On Saturday, 24 January at 10.30am, OrthSoc invites you to join the congregation of the Greek and Russian Orthodox Parishes at 1 Canterbury Road (Oxford, OX2 6LU) for the Liturgy for the prayer for Christian unity. The service is followed by drinks reception in the House of St Gregory and St Macrina.